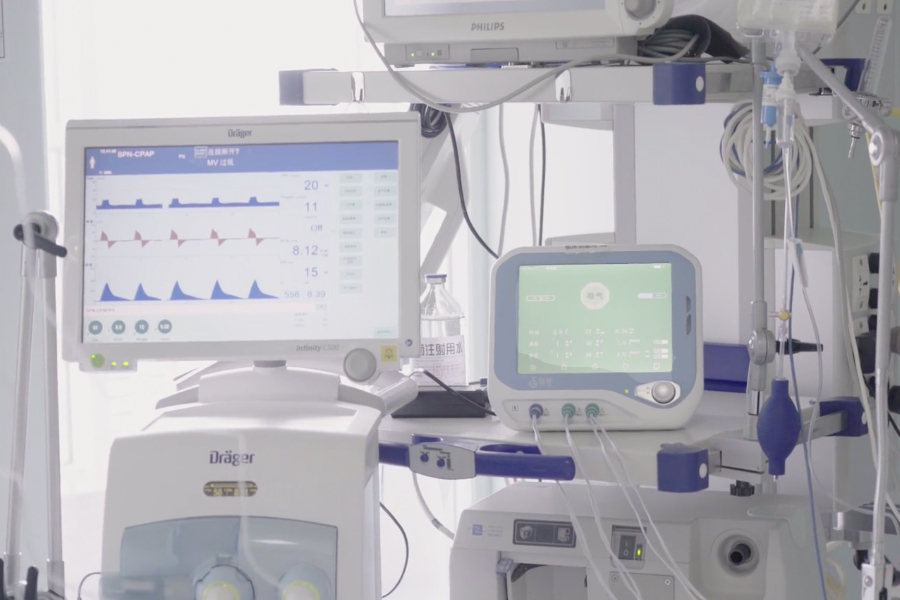 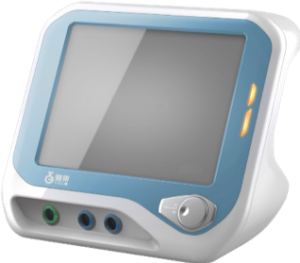 At the beginning of Chinese New Year, Beijing Yaguo Technology Co., Ltd.’s innovative medical device “Respiratory Power” respiratory neuromuscular stimulator was officially launched. Respiratory Neuromuscular Stimulator has been established in 2015 as a core innovative product of Yaguo, Through 4 years of continuously efforts, after research, demonstration, design, development, and clinical registration it has been awarded in Beijing as a respiratory therapy device.

The medical device registration certificate issued by the Municipal Drug Administration is officially on the market and will soon bring good news to must patients with CODP (Chronic Obstructive Pulmonary Disease).

Mr. Li, 71 years old, was diagnosed with COPD back in 2005. Although he is doing treatments such as drug inhalation, his respiratory function is still decreasing year by year, which seriously affects his health and daily life. In September 2018, he participated in a clinical experiment and received Respiratory therapy stimulation for 20 days. As a result, his walking distance in 6 minutes increased from 445 meters to 610 meters after treatment.

Another clinical experiment was tested to Mr. Xu, 73 years old he was also diagnosed with COPD in 2003 and has suffered it for almost two decades. During last years, his respiratory function has decreased to GOLD level 4 as well as going through respiratory failure. Thus, he decided to take part in a clinical trial on August 2018, furthermore after he received a Respiratory therapy stimulation for 20 days, symptoms such as respiratory failure improved significantly. Walking distance in 6 minutes increased from 456 meters to 621 meters after treatment. Because of this , Mr. Xu thanks Yaguo for bringing him back to “Elegant Life” with innovative products.

COPD prevention and treatment situation is the key

COPD is one of the most common chronic respiratory diseases in China. Data from “Chinese Adult Lung Health Study” shows a total number of patients with COPD in China is nearly 100 million. The prevalence of COPD among adults aged 20 in China is 8.6%, over 40 is 13.7%, and over 60 of the population has exceeded 27% and is still on rise. COPD has become a chronic disease that is “equivalent to hypertension” and diabetes. Data from the World Health Organization show that COPD mortality rate ranks first in china and becomes the third leading cause of death for residents in all over the world.

Respiratory neuromuscular stimulator is a new type of physical therapy for COPD. There are two phases of breathing: inhalation and exhalation. The more prominent problem of COPD patients is exhalation dysfunction. The current physical therapy of COPD is mainly an external diaphragm pacemaker, which can only stimulate when inhaling. Diaphragm, unable to improve COPD retention and COD retention. The respiratory neuromuscular stimulator provides a biphasic, closed-loop feedback electrical stimulation that can help patients improve both inspiratory and expiratory functions, and synchronize the electrical stimulation with the patient’s breathing through sound and light prompts for better results.

Clinical experiment proves that therapeutic effect of respiratory neuromuscular stimulator is better than any other existing product. On September 6, 2019, at the CTS2019 Annual Meeting of Respiratory Diseases of the Chinese Medical Association, during Pulmonary Rehabilitation Physical Therapy Satellite Symposium, the Vice President Tong Zhaohui of Beijing Chaoyang Hospital affiliated to Capital Medical University released the results of heavy clinical trials:

Changes in patients with dyspnea score:

Its main features include:

The diaphragm and abdominal muscles are the main components of the respiratory muscles. The diaphragm contracts during inhalation and the abdominal muscle contracts during exhalation. The respiratory neuromuscular stimulator provides biphasic stimulation of the breath, which stimulates the phrenic nerve during the inspiratory phase to increase the amplitude of diaphragm muscle activity and increase the tidal volume; the expiratory phase stimulates the rectus abdominis and the oblique external abdomen, increases intraabdominal pressure, and promotes CO2 in the alveoli Exhaust, reduce CO2 retention, assist exhalation and sputum.

Respiratory neuromuscular stimulator has 6 channels of independent adjustment function, and can choose the diaphragm or abdominal muscle treatment channel independently, and the treatment options are diversified.

Respiratory neuromuscular stimulator is equipped with a 3400mAh battery pack, which has a battery life of 10 hours, which can meet a routine treatment of 20 people. The portable design can adapt to more complex and changing medical environmental conditions.

Respiratory neuromuscular stimulator is mainly used in respiratory rehabilitation as an Electrotherapy Device and chronic disease management. It can also be widely used in cardiology, cardiothoracic surgery, neurology, neurosurgery, emergency department, general surgery and other clinical or functional departments. It important to mention ICU acquired weakness (ICU-AW) which is a common acquired neuromuscular dysfunction in critically ill patients. The probability of this disease in ICU patients is 25 to 100%, which is one of the more serious complications of ICU. Moreover ICU-AW will not only prolong ICU mechanical ventilation time and hospital stay and increase medical expenses, but also seriously affect patients’ long-term quality of life and prognosis. Respiratory neuromuscular stimulator will shorten mechanical ventilation time for ICU-AW patients, and enable patients to be removed from the extubating as soon as possible. To point out other problems such as asthma, lung cancer, interstitial lung disease, respiratory failure, heart failure, thoracic and abdominal surgery caused by respiratory injury, sacral nerve injury, and sacral dysfunction can also be decreased by using respiratory neuromuscular stimulator.

Respiratory neuromuscular stimulator is the first product of Yaguo’s layout of chronic respiratory diseases, and it is also one of the landmark products on the road of independent research and development of Yaguo. In addition, Yaguo wearable respiratory neuromuscular stimulator is also coming soon, which is convenient for patients to perform long-term rehabilitation treatment in community hospitals or homes. In the future, Yaguo’s footsteps will not stop. Yaguo will continue to take the concept of “innovation, care and grace” as its goal, and strive to provide medical staff with more optimized airway management technology and respiratory treatment programs to relieve more patients Sickness, and improve patient’s lives!